Bob – his story by John Sligo is the most popular book we’ve ever posted on our social feeds and it’s clear to see why this dedication from a son to his veteran father has touched so many hearts. Not only is it an incredibly indepth record of Bob’s military career but it is cleverly and tastefully designed. We got in touch with John to find out about how he came to create the book, how he went about it and the response he got from his family, and here’s what he had to say …

Bob was my father. He died suddenly, when I was 22. He seldom spoke about his war experiences. I grew up knowing he had been a bomb aimer with the RAF during World War II but did not know the details.  After Bob’s death his photo albums, flight log book, war diary and medals came to me. Then recently, after contacting the archives of the New Zealand Defence Force I was sent his full military records.

These documents gave me a much greater understanding of dad’s war service, and it was from all this that the idea of making a photobook emerged.

The intention of the photobook was to record Bob’s war service and experiences for his family, especially his grandchildren and great grandchildren. I also wanted anyone who read the book to feel as if they got to know Bob and so, I briefly included his early life and his life after the war. 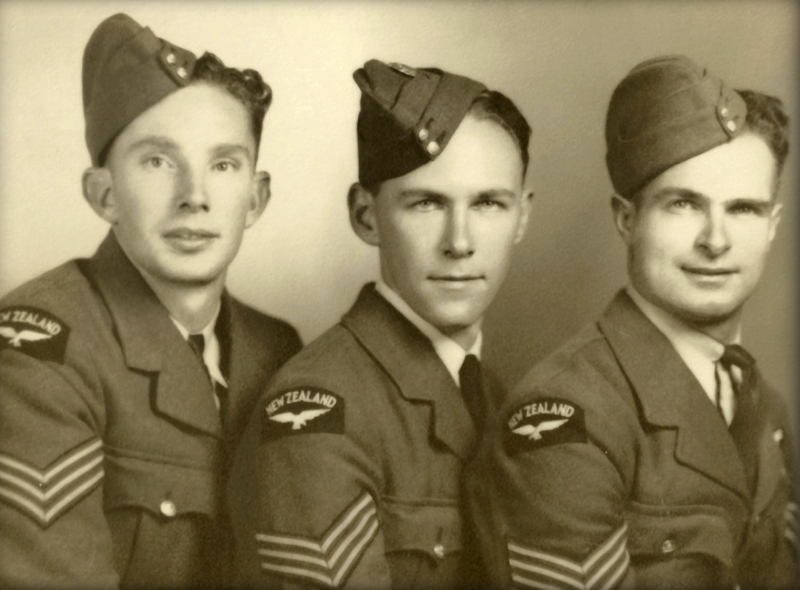 During the process of creating the book I was impacted by just how young Bob was and how terrifying it must have been to be a bomb aimer in a Lancaster Bomber over German occupied territory.  The fatality rate of air crew with Bomber Command was incredibly high. If he hadn’t returned, neither I, nor any of his descendants would exist.

The book was created over several months, in my spare time, often just a couple of hours at the weekend.

I read books, magazines and online articles to find relevant historic details and text to include, and scanned photos and documents that would tell the whole story. I then used Microsoft Digital Image photo editing software to touch-up and restore old photos and convert some to .PNG (Portable Network Graphic) files that would allow me to layer them one on top of the other. 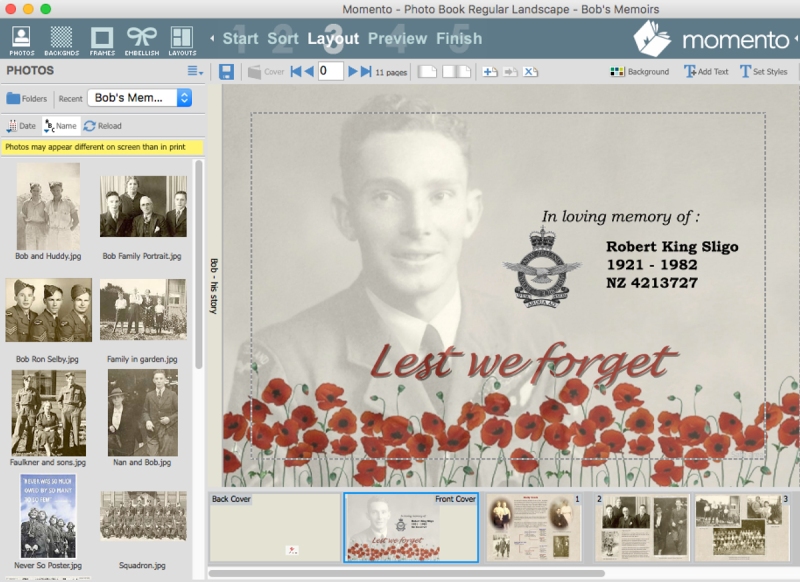 Once I had collated all my content I put it all together, page-by-page, using Momento’s free photo book software. I’m not a graphic designer but it was easy to use as it gave me lots of options for page layouts, a tool to add text, and a huge selection of page backgrounds, frames and graphics give it a professional look and feel. It was exciting to get the printed book. I was thrilled with the quality of the printing and finishing, so proceeded to print several copies for my extended family who have all enjoyed looking through the book. I hope they will continue to find it an inspiration. 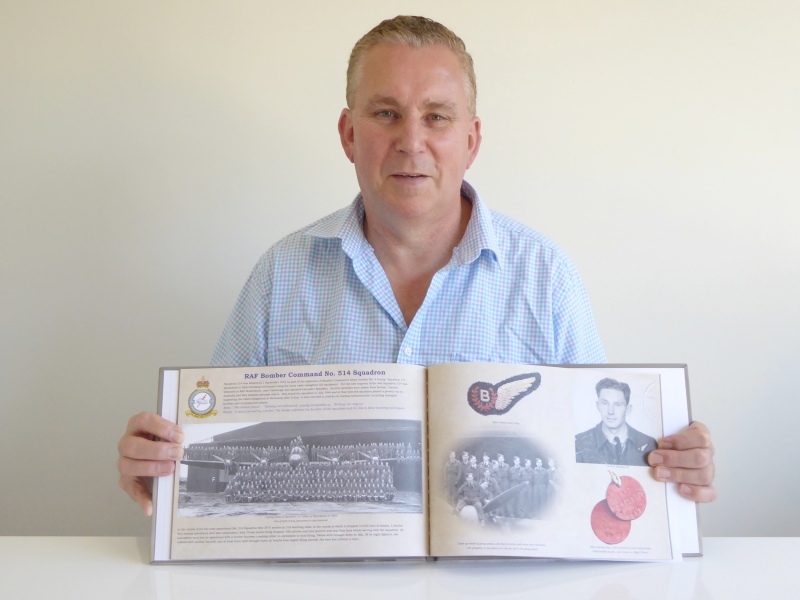 I’m not sure what Bob would have thought about the book. He was a quiet man who did not wish to be the centre of attention. He would have considered that all he did was his duty. He was an ordinary man who, in a time of conflict, did extraordinary things. He was placed in a vulnerable and high-risk situation. He sacrificed his youth and naivety, tasted fear and was confronted by death; all of which changed his life. 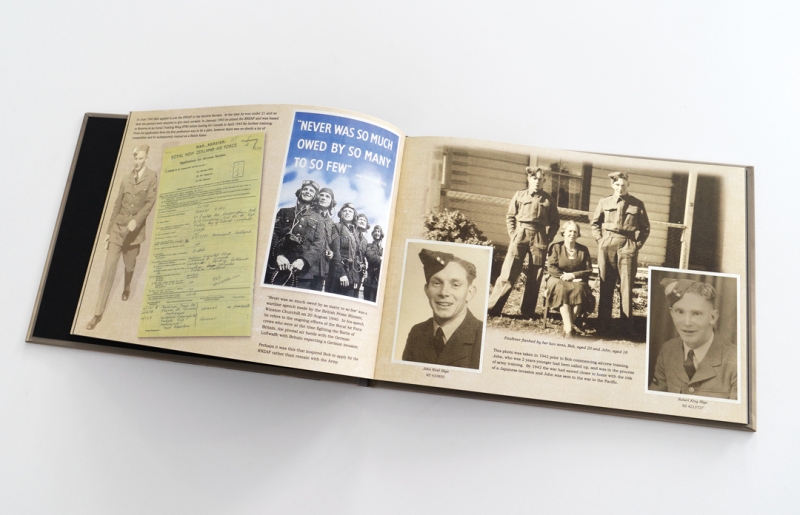 If you have a loved one like Bob, and lots of old photos, records or documents sitting around, consider publishing their important story so their legacy will always be remembered by future generations,. With just a bit of planning and setting of deadlines, the creation of a priceless keepsake can be achievable and rewarding.

I reviewed many photobook services and software packages before starting my project and I am glad I trusted Momento to do my father’s history justice.

To view the full Bob – his story book click here.

2018 is the last year of the ANZAC Centenary.  Is there anyone in your family who deserves to have their legacy commemorated in a book like Bob’s?  To learn more about compiling a war memoir or personal history visit our How to create a Family History book blog post and our Family History page.

To get started on your own family history book or memoir head to momento.com.au.